The ECID in Singapore will be the world’s first multi-storey train and bus depot, combining three existing depots into one complex. As land is expensive and sought after on the small island, the LTA initiated the project to save approximately 44 hectares of land which would then be used for other purposes. Construction began on the almost $2bn build in 2016, with an expected completion date of 2024.

Siemens were awarded the tender to provide electrical and industrial equipment for the project. Having just completed a project with Wilcomatic in Malaysia, and having received thirteen successful wash systems around the world, Siemens approached Wilcomatic to work with them on the ECID. Wilcomatic provided a quote and were awarded the project over worldwide competition.

The ECID was a unique project for Wilcomatic, requiring three separate, fully automated wash systems that would meet the specific requirements for the LTA’s different train models and lengths. Two machines will be installed in tunnels, making the design even more challenging.

Wilcomatic compiled a detailed, technical specification and design of the machine which was put forward to the Land Transit Authority as part of Siemens’ tender. The LTA found Wilcomatic’s proposal matched their requirements, which helped cement their preference for Siemens as their equipment provider.

Able to handle a continuous 24/7 processing of trains, the machines wash with sprays and brushes to provide a unique solution, and fully dry each train before it exits the wash programme, both of which were key requirements from the LTA. An extensive water recycling system also needed to be specially designed for handling the substantial number of trains.

The project is ongoing and installation is scheduled for 2022-23. Once complete, the depot will be home to around 200 trains and 550 buses.

Delivering a deeper wash for the south coast's buses

Find out how we’ve helped the Go Ahead group with their fleet of 850 vehicles.

Take a look at our full rail wash systems brochure. 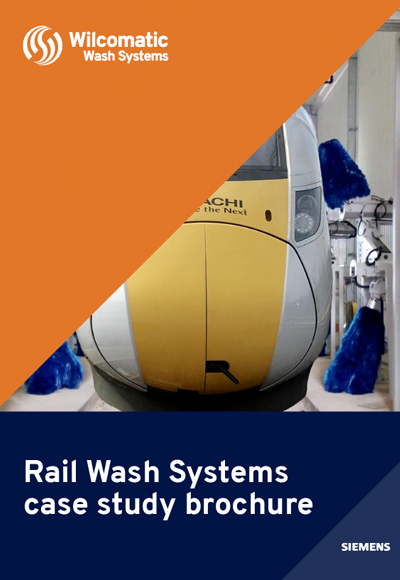